Nicholas Barber CBE spent his executive career with Ocean Group, later Exel, now the logistics division of DHL. After working for Ocean’s Blue Funnel Line in Liverpool, Singapore, Japan and Hong Kong he moved to London to help lead the integration of newly acquired Wm Cory. In 1972, he became managing director of Cory Distribution. In 1979, after three years as a Divisional Director with the National Enterprise Board, he became head of Ocean’s liner shipping division.

As Group Chief Executive from 1986 he led a strategic transformation which took Ocean out of its asset-intensive activities in shipping and chemicals storage and instead focused on accelerating the growth of its information-intensive businesses in logistics, particularly MSAS. By the mid-1990s Ocean had grown into a world leader in Supply Chain Management.

He subsequently served on numerous boards including Royal Insurance (Deputy Chairman), Royal & Sun Alliance, Costain, Albright & Wilson, Orion Publishing (Chairman), Bank of Ireland UK (Deputy Chairman), and The Maersk Co. He has also served as a Governor of London Business School, Trustee of the British Museum and Member of Columbia Business School’s Board of Overseers in New York. His current posts include Director of Fidelity Japanese Values and Chairman of Oxford University’s Ashmolean Museum.

Prior to joining Baring Private Equity Partners he arranged the buyout of Unico Inc’s European business to form Macromatik GmbH of which he was a founding shareholder and member of the Board. He started his career as a development engineer on digital automation and computerised motion control systems with Lucas Aerospace. His international business experience includes 16 years based in Germany and 5 years in Singapore before returning to the UK in 2000. He is the author of The Merger & Acquisition Handbook: West Germany and Fellow of the Royal Society of Arts.

Daniel has 30+ years’ experience of leading global positions for Citibank, ABN AMRO, RBS and JPMorgan, he is positioned extremely well to provide value-added advice to the transaction banking industry.

Daniel has spent most of his career in leading roles with end-to-end management and P&L responsibility of global businesses of considerable size. He has achieved significant growth and transformation results with all the institutions that he has worked for. Over the years, he was also proactively engaged with the major relevant industry associations (ICC, SWIFT, BAFT) and has assumed leading roles in these institutions to drive the trade finance Industry agenda forward (founding member and Head of the Advisory Board of the Banking Commission of the International Chamber of Commerce, founding member and Head of the Global Trade Industry Council of BAFT, founding member of the Trade Services Advisory Group of SWIFT). Daniel is very well-respected in the Industry and has an enormous network of contacts around the globe.

Nick is the Founder and Managing Partner of Azini Capital Partners LLP – a London based private equity firm that specialises in acquiring interests in growth stage private, and smaller public technology companies from historical investors and shareholders. Please see the Azini website

Prior to founding Azini Capital Nick worked for LMS Capital (the venture capital division of London Merchant Securities plc) where, together with Azini Capital co-founder Michael Bennett, he built and managed a £120 million portfolio of venture capital assets. He has also held operational positions in Mondex International (part of MasterCard International) where he founded and was CEO of the MULTOS business, Mars Electronics International (a part of the Mars Group) and Twiflex Limited (part of GKN and Tomkins). Nick has a Masters Degree in Mechanical Engineering (M.Eng) from the University of Bristol. 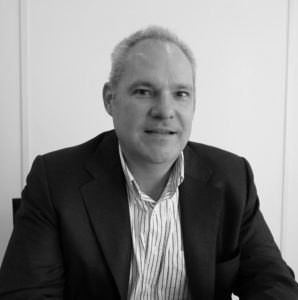 Andrew Raymond is the CEO of Bolero International and serves on its board of directors.

Before being named CEO in March 2019, Andrew was Bolero’s Global Head of Sales and was responsible for the company’s worldwide sales.

Since his appointment, Andrew’s mission has been the growth of the company’s user base, the diversification of its cloud-based trade finance solutions and leveraging Bolero’s capabilities, complementing emerging market opportunities and technologies.

Under his leadership, Bolero has evolved and diversified itself into a multi-product FinTech company with multiple solutions seamlessly connecting corporates with their logistics partners and financial institutions around the world.

Prior to joining Bolero, Andrew has more than 20 years of global sales and client management experience with leading solution providers such as FIS, Algorithmics and SmartStream, and has a background of innovation and client delivery in transaction banking and capital markets 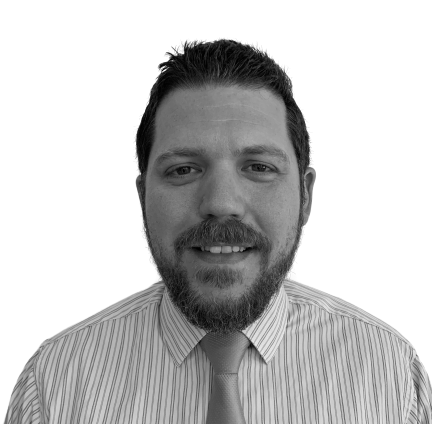 Chris joined Bolero in 2017 and during his time at Bolero, he has developed a great understanding of the business and the trade finance industry as a whole.

Before Bolero, Chris worked at BDO as an auditor with coverage across a multitude of clients covering energy, not-for-profit organisations, educational institutions, construction companies, and housing associations. Chris graduated from the University of Nottingham and worked in Madrid at Accenture after graduation. 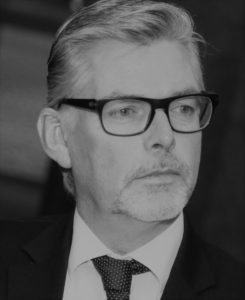 Jacco was appointed Head of Global Sales in March 2019 after joining the business in July 2018. Jacco brings decades of global experience in trade, commodity finance and digitisation, having worked with trade banks such as ABN AMRO, Rabobank and ING. A trusted advisor to numerous corporates and financial institutions around the globe, Jacco has worked with a broad range of trade participants including corporates, carriers, blockchain innovators, insurance companies and development banks.

Jacco will report directly to CEO Andrew Raymond, assuming responsibility for the continued expansion of Bolero’s global network and the development of collaborative partnerships with new technology initiatives such as Blockchain. 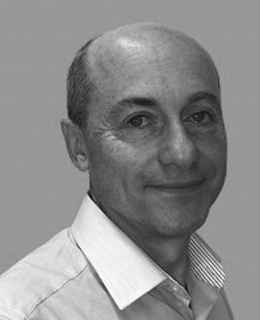 Neal joined Bolero as VP Technology in November 2015 and has responsibility for the overall implementation and operational support of Bolero’s Cloud-based solutions.  Neal has over 25 years’ experience in technology leadership and solution delivery within mobile telecoms and financial services.  Neal has a wealth of experience and exemplary track record of delivering high availability, secure solutions for global banking and Mobile Network Operators.

Neal is responsible for all aspects of technical delivery covering product development, operations and global support.

Head of Customer Engagement and Legal

Paul is both the co-founder of Bolero and the co-inventor of the innovative Bolero patent. Prior to joining Bolero, Paul was General Counsel and Company Secretary of TT Club, which is a leading global insurer of marine liability risks for ship owners, logistics providers, ports and terminal operators.

As a Maritime law expert specialising in Bills of Lading, Paul is the architect of the Bolero Rulebook and Bolero’s legal structures. He also acts as General Counsel and Company Secretary. 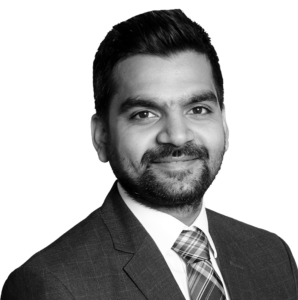 Anchal joined Bolero as VP of Product Management in July 2019  and is responsible for driving the development and adoption of new digital solutions for the global trade market that meet fast-changing customer requirements.

Anchal  has a wealth of experience in digital product management and has excelled in a wide range of technology-related roles in transaction banking. He has an impressive track record of leadership and innovation in consulting, solution architecture and product rollouts for top banks and has also founded and designed India’s first food discovery platform.

Harry joined Bolero as a Senior Product Manager in February 2013 and has responsibility for the product roadmap and implementation, planning major integration projects with partners and clients, and specialises in the implementation of electronic bill of lading (eBL) systems. Harry has over 25 years’ experience in Software systems design and implementation, across fintech sector, and many years’ experience in product management. Harry has worked in areas such as mobile telecoms, Introduction of Chip & PIN technology, contactless payment, payment systems on-line authorisation and secure payments, on-line fraud prevention, parcel and shipment management and tracking, international trade finance, and electronic bills of lading (eBLs).

Harry is jointly responsible for delivery of all products and services offered by Bolero.

Mikey was appointed Global Head of Professional Services in February 2015 after joining the business as a senior PS consultant in March 2014.

His responsibilities include providing services to support the acquisition of new customers and to assist them with the use of Bolero’s solutions through the customer engagement life-cycle.

His years of expertise come from senior consultant positions within several consultant and software companies which include Accenture, Perceptive a Lexmark company and the sword Group.

Mikey is responsible for managing the PS consultants and Integrator Partners globally.

Head of Technical Architecture and Security

Paul joined Bolero in 2014 and is responsible for managing the development team and assuring technical delivery from our hosting and application management partners.

He is involved in both the operational management of our current production solutions and the development of new solutions.

Prior to Bolero Paul was at SHL and CEB delivering online recruitment testing systems and before that in software consultancy for a variety of clients.